The turf that makes champions

When the TV cameras roll and world-class athletes step out, your turf has to be in tip-top condition. Visually and technically, it must perform like a champion. The challenge applies to every level of sport from international superstars to Sunday-morning amateurs. Wherever sports people gather to play, they deserve the best that science and your turf-management skills can offer.

That's where we can help. Our Masterline® range of grass-seed mixtures helps you prepare the turf that draws the strongest performance from players and the loudest roar from spectators. 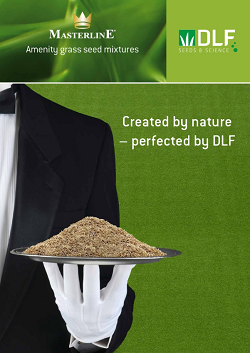 The choice of champions

If there was a world cup for turf performance, Masterline® would help you win it. We're the number-one choice at top-class international stadiums, exclusive golf resorts, and public parks across the world. We supplied grass seed for:

Golf courses: beautiful to see and a pleasure to play on

Our specialised grass-breeding programme for golf courses gives you turf for the most inviting fairways and the truest of greens. These are grasses developed especially for the golf market. They help you keep ahead of changing tastes and expectations. Chosen for:

Take a look at the video below to see how well a DLF high quality mixture performs compared to a low quality mixture. We have been following the two mixtures for three years.

For technical tips and advice,
see our Sports Turf Guide