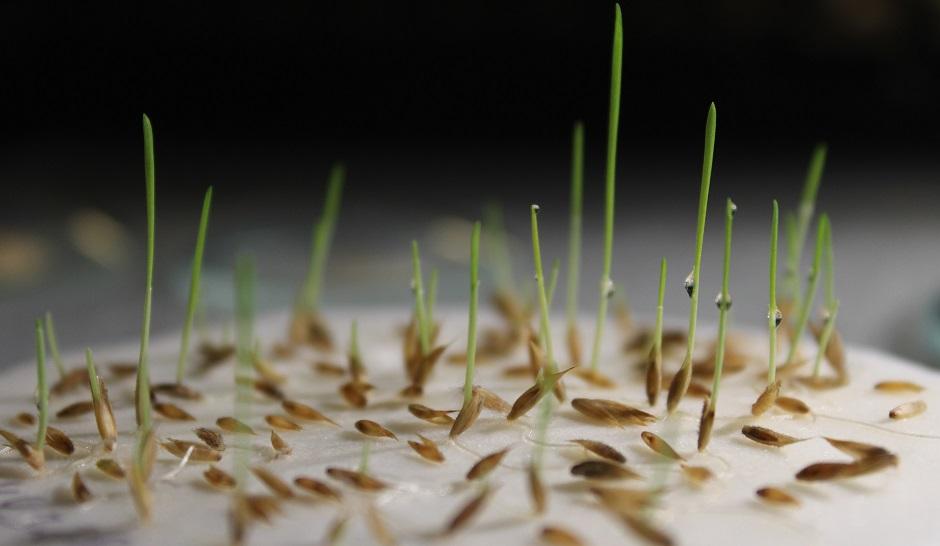 The SpectraSeed project in grass seed, run by Aarhus University and DLF, has resulted in developing a method, which can predict the radicle (the tip of the root) in the early face of the germination process.

In the laboratory, we have taken spectromorphological photos of the germinating seeds, and have found a good correlation between the number of early radicles and the number of normal seedlings. This means that it is possible with measurements, on day four in ryegrass and day five in fescue, to predict the number of normal seedlings, and thereby the germination capacity in the whole sample. In the long term, this enables us to dispose over quantities faster in relation to mixing, packing and logistics. Furthermore, we can save time in our work with warehouse samples and other internal germination tests.

At the beginning of the SpectraSeed project, a VideometerLab multispectral scanner was installed in DLF’s laboratory in Roskilde. Since 2013, three seed lots within four varieties of respectively Perennial ryegrass and Red fescue have been analysed every year to investigate whether measurements in the early germination process can predict the final germination.
The early evidence of germination is that the seed absorbs water, and a little white sprout becomes visible which is the radicle. Therefore, we firstly developed a method, where we through digital photos, taken with the VideometerLab, can determine the length of the radicle. This we have succeed with in Perennial ryegrass and Red fescue. By this method, the equipment determines the length of the radicle, and when it is larger than two millimetres, we perceive the germination as started. 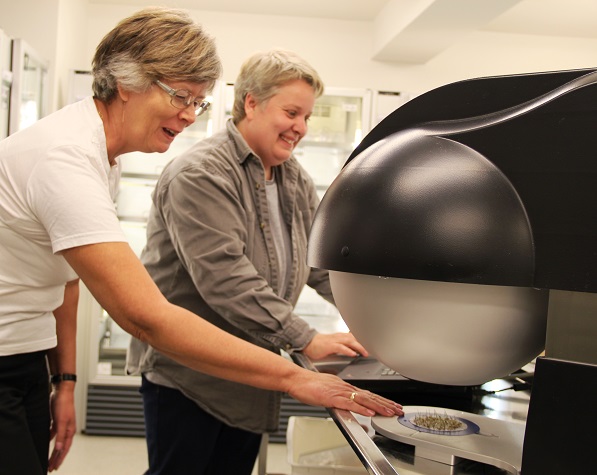 For now, the method is not approved internationally. This means that DLF will still be using the traditional germination rules when settling the accounts for the seed growers. ISTA (International Seed Testing Association) is interested in examining whether the method can be applied in different species. The method is approved in maize, and more tests have been planned, where DLF in corporation with laboratories from France, Netherlands, England and Scotland participate in a germination tests in Perennial ryegrass to test the coherence.