Forage grasses and other crops are topics for study and discussion at a series of successful Farmers' Days in South Africa.

Nothing prepares farmers for a new season as effectively as an informative Farmers' Day. That's the idea behind a series of Farmers' Days at the start of this year's South African grass-growing season.

The Farmers' Days, which all took place within a single week during September, drew numerous insightful questions during the indoor seminars and inspired easy conversation at later open-air sessions in the field.

The theme for the seminars was forage grasses suitable for the South African climate and soil types. There was plenty of time for questions and for discussion about the benefits of different grassland management schemes and seed mixtures. Other topics discussed included fodder beet, overseeding of kikuyu grass, alfalfa, extreme weather conditions, and chicory and plantain as supplementary crops. 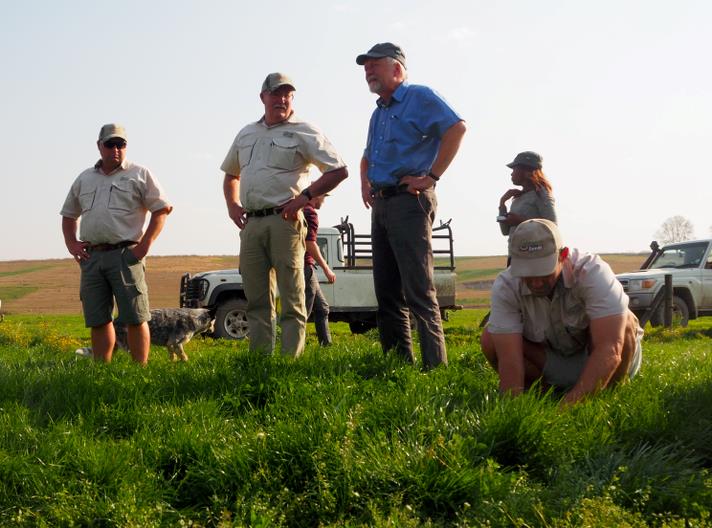 The seminars were also an opportunity to meet two new members of the DLF team: research agronomist, Leana Nel, and DLF agronomist, Pieter Le Roux. Leana and Pieter will be supporting DLF's South African seed suppliers with test data and information about DLF varieties and management. Ole Grønbæk who has previously managed this part of the business was delighted to pass on the torch of DLF learning.

The lively conversation continued when the farmers and their hosts went outside to study nearby fields. For farmers who were familiar with DLF varieties, it was a pleasure to see samples of festulolium, tall fescues, ryegrasses and cocksfoot growing well and heading for a season of high yields. 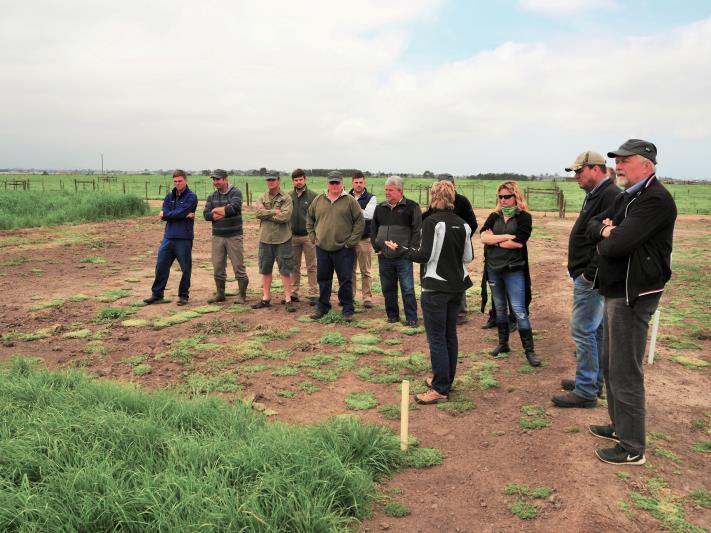 Guests also learned about the performance of DLF varieties when grown as small demonstration plots at DLF seed suppliers or at the Cedara and Outeniqua test stations. And it was obvious from their Farmers' Day, first-hand observations of working fields of DLF grass that DLF varieties are competitive and offer great potential.