Together with breeding companies and universities the Danish Innovation Fund now invest 2.3 M EUR in the development of drought tolerant crops 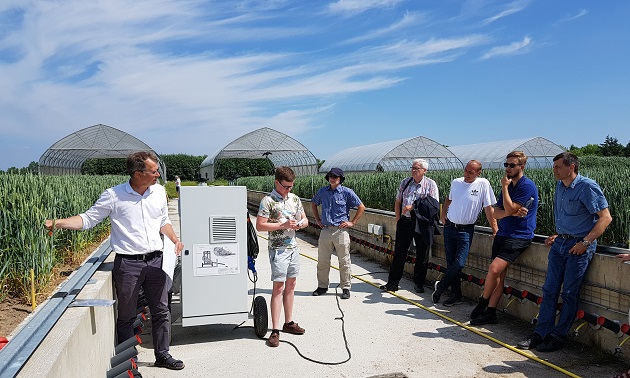 While the European weather is heading towards a spring drought situation for the sixth time in a row, researchers and breeders are striving to develop varieties with deeper roots that can combat future challenges of such kind. With investments from the Danish Innovation Fund, they will use the world’s most advanced root screening platform together with AI technology to speed up the development.

“Through the last four years of research, we already know a great deal about root growth in modern crops”, says Christian Sig Jensen, Head of Biotech at DLF and coordinator of the new project, RadiBooster. “In grasses for instance, we know that there are significant differences in root growth between species and varieties. This information is fundamental when the goal is to use genetics to improve future varieties with drought tolerance.”

Measuring root growth however, is not an easy task. To do so, the partners have developed a root screening facility, RadiMax, in which 600 varieties can be tested simultaneously. Down to 3 meters depth roots in each line can be monitored through plexiglass tubes. In the new project researchers plan to capture more than one million images annually. To overcome root detection in such massive number of images and to increase precision, researchers have started using AI. The goal is to profile the root morphology of each variety precisely and to go for the ones with deepest root volume.

The efforts go further on to test the same varieties in field trials in order to correlate their stress pattern with root profiles. Here, the researchers will embark on the latest drone technology to measure stress levels. Each variety will also be subject to genomic profiling so that breeders in the future can predict root properties in new breeding material based on a simple DNA test.

RadiBooster will run until 2024 and it comprises four Danish plant breeding companies and three universities.