Generational change at the top of the DLF Group

After 16 years as CEO, Truels Damsgaard is stepping down as of 1 November 2022, handing over the management responsibilities to Søren Halbye, EVP Greater Europe & South America. 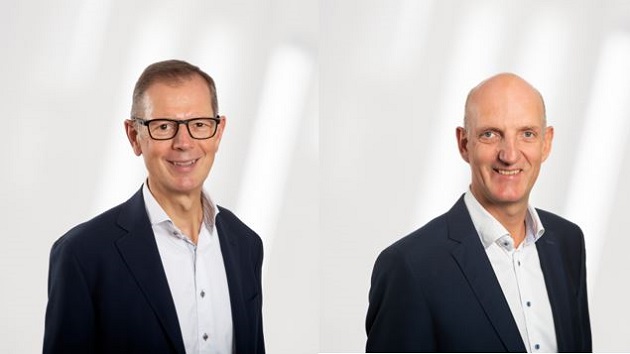 - I have decided that now is the right time to step down as CEO of DLF. It has been a huge privilege to be allowed to be at the head of DLF and the committed and competent organisation, and I am very proud of the milestones which we have reached together, says Truels Damsgaard.
Under Truels Damsgaard’s leadership, DLF has grown from being a leading grass seed company in Europe to today being a global market leader in plant breeding, production and sales of forage and turf seeds. In addition, the business area has continuously been expanded, and today the company also has a significant position within sugar beet seeds, a strong presence in the vegetable seed industry and a good foothold in seed potatoes.
The successor to Truels Damsgaard has been found within own ranks.
- I am really happy that Søren Halbye will be taking over the baton and ensure good managerial continuity. Søren Halbye is an extremely competent top executive with solid experience within the seed industry, strategic vision and ambitions both on behalf of himself and the company. Søren has taken part in DLF's growth journey since 2006 and has been a major contributor to the success which the company has achieved in recent years, says Truels Damsgaard.

Chairman of the board of DLF AmbA, Christian Høegh-Andersen, is pleased that the generational change has been secured:
- With Truels Damsgaard at the helm, DLF has had a remarkable growth which has been achieved thanks to clear strategies and effective execution, a focus on profitability and a trusting relationship with the board and the owners. We look forward to continuing this journey with Søren Halbye who knows the company from the inside and who has the best prerequisites to ensure continuity in the chief executive position at DLF.

Søren Halbye is looking forward to the new challenges:
- DLF is an immensely exciting company, and I am ready to take on the new tasks. We have a strong management team, and I look forward to continuing DLF's development under my leadership.
Søren Halbye started at DLF as Sales and Marketing Director in 2006. In 2012, he joined the top group management, and since 2019 he has been responsible for the business activities in Greater Europe and since March 2022 also for South America.

DLF is the global market leader in forage and turf seed, and turnover has more than tripled over the past 10 years. DLF is ranked seventh in the global seed industry in terms of revenue. The DLF Group has an annual turnover of approx. EUR 1 billion and over 2,000 employees worldwide, of which more than one in ten work in R&D.