The three agricultural companies DLG, Danish Agro and DLF are now joining forces to establish a protein biorefinery for local production of grass protein with a strong environmental and climate-friendly profile. The goal is that grass protein in the long term can replace part of the soy that agriculture uses in animal feed today. 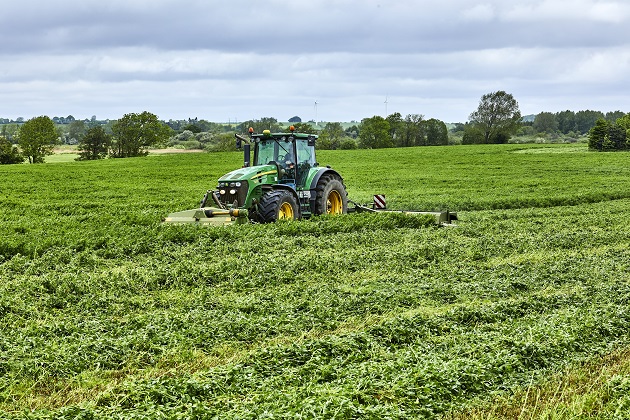 Danish agriculture is intensively working to develop locally produced protein sources, and now three key players - the agricultural companies DLG, Danish Agro and DLF - are joining forces. Together, they will establish a protein plant to produce concentrated protein from clover grass and alfalfa for organic feed, and eventually also protein that can be included in human food.

The project is supported by the Danish business development scheme Green Development and Demonstration Program (GUDP), which in the autumn made a grant of up to DKK 14 million. kr.

“DLF's plant breeding is targeted to optimize the yields of grassland and exploit the potential for green protein from clover grass and alfalfa. Perennial forage crops have a top-notch climate and environmental profile, and if we are able to promote greater use of these crops, we are well on our way to helping agriculture in the green transition, "says Truels Damsgaard, CEO in DLF.

Kristian Hundebøll, CEO of DLG, says:
“Sustainability is high on the agenda at DLG, which is why it is very positive that we, across companies, can join forces on this project, where we aim to create sustainable solutions for the benefit of our customers and owners in agriculture. Danish farmers are considered among the world's most sustainable, and agricultural companies must contribute with innovative solutions that enable them to stay in front. "

Henning Haahr, CEO of Danish Agro, complements:
“The project is very much in support of the development of protein production in Denmark, and the goal is that we can replace some of the imported proteins with locally produced protein crops, so that we can contribute to reaching the goal of a climate neutral food industry in 2050. I am pleased that Danish Agro are helping to move agriculture in an even more sustainable direction. "

Once the project is established, it will include the cultivation of clover grass and alfalfa of approx. 2,000 hectares, a central processing unit capable of producing concentrated protein, silage, grass juice and a residual product that can be used for biogas production. The goal is a total production of approx. 4,000 tons of protein and 25,000 tons of dry matter.
Initially, the goal is to refine protein based on organic crops that can further help to develop organic production based on locally produced protein.

The three agricultural companies will establish the company BioRefine Denmark A / S, which will run the green bio refinery, where protein from clover grass and alfalfa will be extracted

Facts:
DLG, Danish Agro and DLF establish the company BioRefine Denmark A/S, which establishes a biorefinery plant for the production of concentrated protein from clover grass and alfalfa for organic feed and in the long term also white protein for human food.

DLG owns 50 percent of BioRefine Denmark A / S, while Danish Agro and DLF each account for 25 percent of the shares.