Since 2015 we have been able to predict trait performance in perennial ryegrass based on a simple DNA profile and every day, we become increasingly better at doing it.

It all started 10 years ago when reseachers and breeders at Aarhus University and DLF decided to attempt something no one had tried before: Develop and implement genomic selection in an open-pollinating, population-bred crop. At the time, the only tools available were developed for animal breeding, which is based on single individuals.

Like all other open-pollinated species, ryegrass breeding lines consists of several similar (but not identical) siblings and sometimes even more distantly related individuals. This feature ruled out the use of chip-genotyping, which was state-of-the-art for determining the DNA profile of a single individual. Instead a sequence-based approach was deployed that more efficiently could describe the DNA profile of a mixed population in a quantitative manner. The use of this new technology, however, meant that all statistical models behind Genomic Selection had to be revised and redesigned to deal with such quantitative DNA profiles. 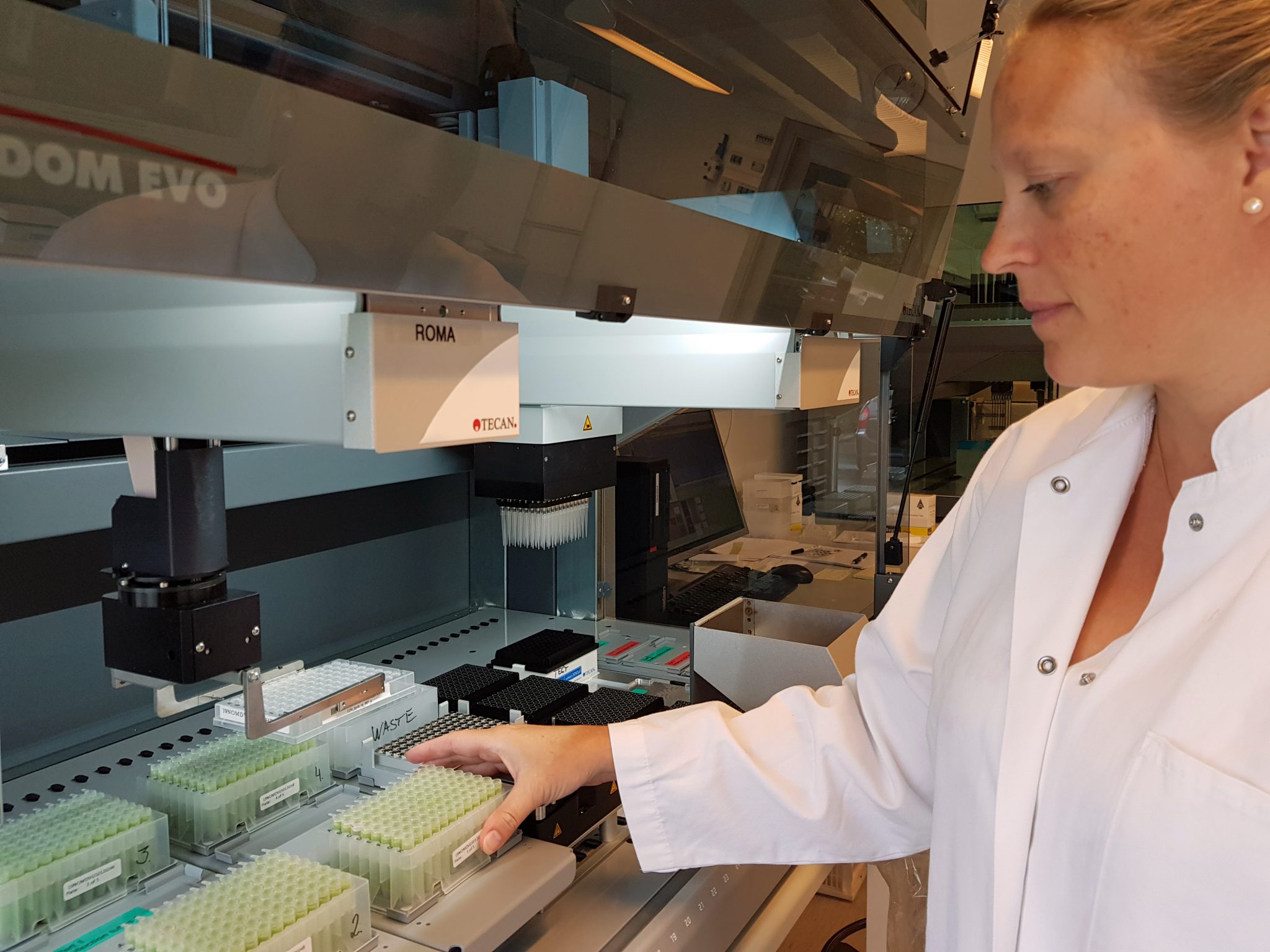 Fortunately, the research was spiked by extra funding from an innovative executive management and two Danish National Research Foundations, who saw the potential of moving breeding faster and with a higher success rate. More than 1000 breeding lines tracking ten years back was pulled out from the seed storages and subject to sequencing and re-testing in the field. The output from this training set was used to develop the first genomic prediction models, which showed to be surprisingly good. Following additional years of model improvement, the first GS-based synthetic variety crosses were made in 2015 and today Genomic Selection is an integrated part of forage perennial ryegrass breeding at DLF’s breeding stations in Denmark, the Netherlands, the United Kingdom, France and New Zealand.

Genomic Selection enables breeders to pre-select lines with sufficient potential to be tested in the field, it allows them to cut down development time, and it increases the annual breeding gain substantially. The inclusion of material from several breeding locations has since advanced Genomic Selection models so that performance of a certain line can be predicted for different environments. That option holds great prospects for breeding in a future with an ever-changing climate. We will not be able to predict that future, but we will be able to predict how our forage grasses will perform. The future is green.