Aarhus, the second largest city of Denmark and the European Capital of Culture 2017 was recently - by the assistance of DLF - turned a bit greener! By the help of many volunteering hands, the dull industrial dock of Pier 2 was transformed to a lushly inviting green park. The waterfront has turned greener!

The architectural pearl, Dome of Visions, is located on Pier 2 at the waterfront of Aarhus Habour. It is a large glass dome covering 450 m². The dome serves as a climate screen for a two-stored wooden house. The dome is a place that:

To cover and beautify the small hills in front of the dome, 550 m² sod-rolls of a special salt and drought tolerant Masterline® grass mixture from DLF were installed. The mixture contains different species of fine fescues and bentgrasses.

Later this summer the green grassy hills will be the base for an ocean of summer flowers composed of 11 different species in many colors supplied by DLF. A new attraction in Aarhus is born! 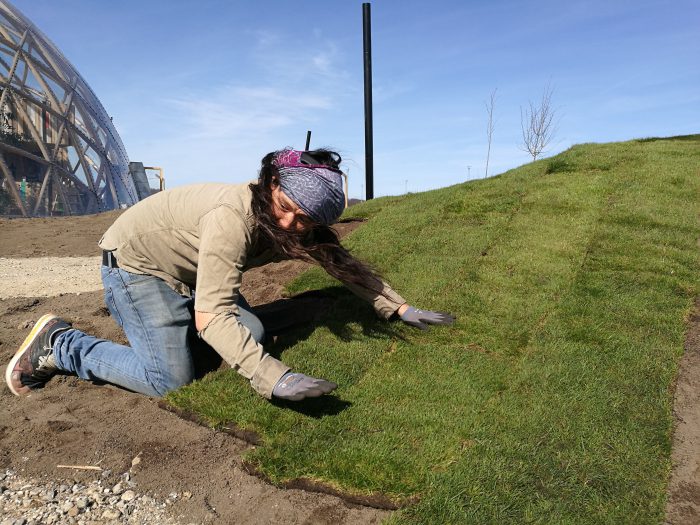 Sod from DLF is laid out on the small hills surrounding the Dome of Vision. 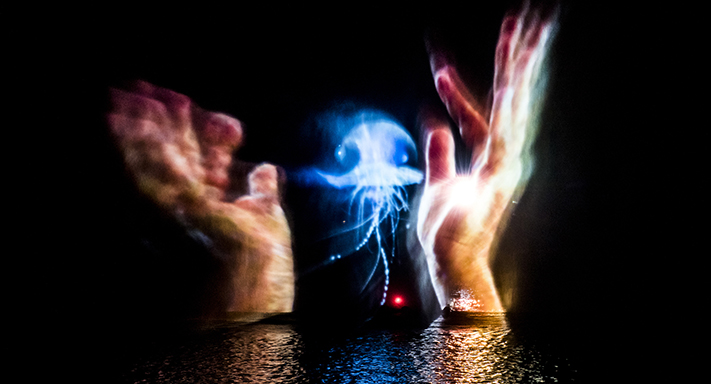